Port Said is situated on the northern entrance of the Suez Canal and is considered one of the most important Egyptian ports due to its distinctive location. The port is artificial formed by breakwaters. A bypass channel has been built east of Port Said in order to avoid large vessels and vessels with dangerous cargo to enter the main Port Said port. It is constructed Between the mediteranean sea and connects with the canal 17 kilometers south of
Port Said. 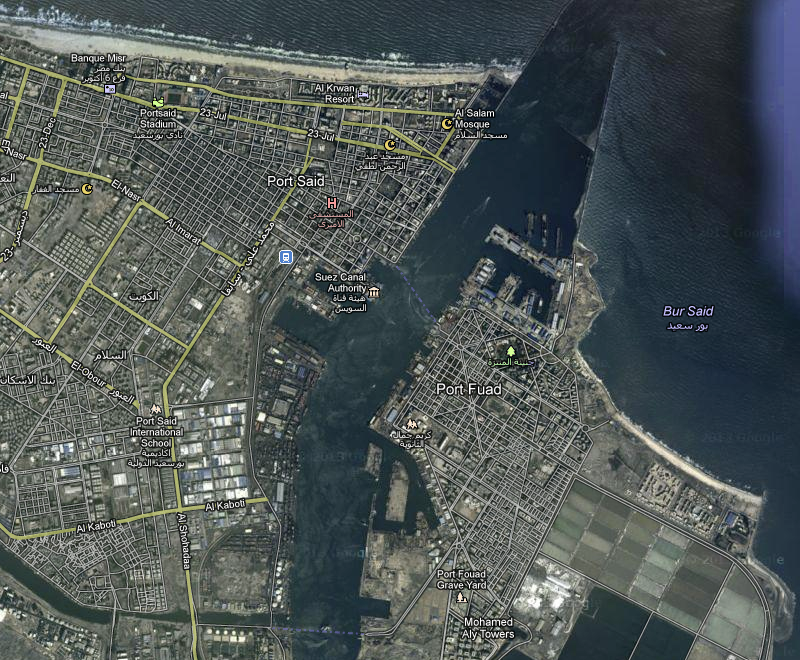